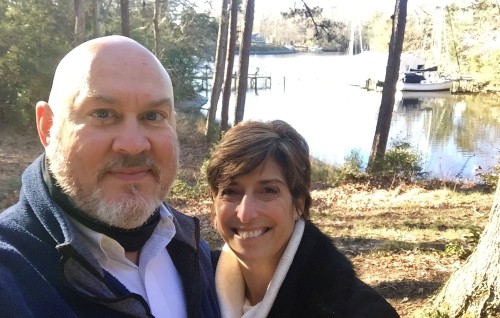 They’d initially hunted for homes around Lake Gaston, a popular destination on the Virginia-North Carolina border, and worked with a real estate agent in that area. But prices in the area have exploded in recent years. “Our housing dollar did not go very far in that market,” Kenny lamented, and when they finally found a house in their budget, the owner was unwilling to fix the home’s many problems.

So they turned their eyes back to Virginia, closer to their Mechanicsville home. Regulars at the Urbanna Oyster Festival and with friends in Lancaster County, they decided to focus on the Northern Neck and surrounding communities. They hired Mark as their Realtor. For their house hunts, Mark would come with all necessary paperwork and their journey mapped out down to the minute. He even had drinks and snacks. “He was totally prepared,” Michele said. “He never missed a detail.”

The Brooks toured nine homes before they found The One. “We pulled up in the driveway of this place and it clicked for us on all levels,” Kenny says. The house checked off their requirements: a dock, privacy, and the ability to sleep a lot of people. “We wanted it to be a big gathering place for family and friends,” Michele says of the four-bedroom home. It also had a garage — a bonus — where Kenny can work on his “little project” of restoring a 1966 Ford Mustang (he’s three years into it, with still a ways to go).

Their original offer for the property, located at the confluence of Millenbeck Prong and the Corrotoman River, was $34,000 less than the list price, and the owner wasn’t willing to budge. “Mark was helpful throughout that process and when it fell through, he told the Realtor to keep us in mind,” Michele says. Mark kept tabs on the listing and when it still hadn’t sold a few weeks later, he called the listing agent to see if her client wanted to reconsider our offer.

"Mark's persistence got us the house. On our second round of negotiations we ended up agreeing to a price that was $24,000 under the original list price," says Michele. The Brooks closed in January. “Mark was so detail oriented and focused on getting us to the finish line. He just always wanted to make sure that we were getting the best deal we could get,” Michele says. “We really appreciated his dedication to our best interests.”

During the inspection, Mark also worked closely with the listing agent to ensure fixes were addressed prior to closing. “Mark was totally on top of everything,” Michele says. “Nothing fell through the cracks.”

And as he does with all his buyers, at closing, Mark presented the couple with an original, framed sketch of their new river home.

A First-time Home Buying Experience That ‘Blew Our Minds’

“I was impressed, because when we met him that day, he had a cooler filled with water and snacks,” recalls client Beth Clingenpeel, who with husband Tim met their REALTOR® at the first walk-thru home in Ashland on a hot Saturday in June. “He said, ‘I know we have a crazy day ahead, so I want to make sure we have time to eat as we can’t stop for lunch.’” Mark had also not only mapped the route they’d take that day, but drove it himself the day prior to make sure he knew the roads. “Those little touches were amazing,” Beth says. “He blew our minds.”

“I didn’t know the home buying process could be so easy.”

It was house three of five, on a sun-kissed cul-de-sac in Mechanicsville’s AshCreek neighborhood, that was love-at-first-sight for the parents of soon-to-be-three. “As we drove in, I loved the entryway, the trees, the young families everywhere,” Beth recalls. The house was “right within” the couple’s price-point, and more importantly, met the list of all their “must-haves” and most all their “nice-to-haves.” Mark, by the way, had created a checklist for each home listing the musts, nices, and absolutely-nots (no busy street out front, as they’d had in Fredericksburg).

With their home under contract, Mark didn’t disappear. He managed the inspection and repairs process. He also helped the first-time homebuyers run the financing gauntlet, working directly with the mortgage lender, First Community Bank, and keeping Beth and Tim appraised of the progress so they could handle packing and work (all during a pandemic).

At closing – done in just 45 days — Mark presented the pair with a custom drawing of their home, made by a local artist, as a gift. “That picture now has a central space in our new home,” she says. Overall, Beth says, Mark was flexible and accessible anytime the couple had a question. “And I had a lot of questions,” she jokes. “He provided us with a wonderful experience. I didn’t know the home buying process could be so easy.” 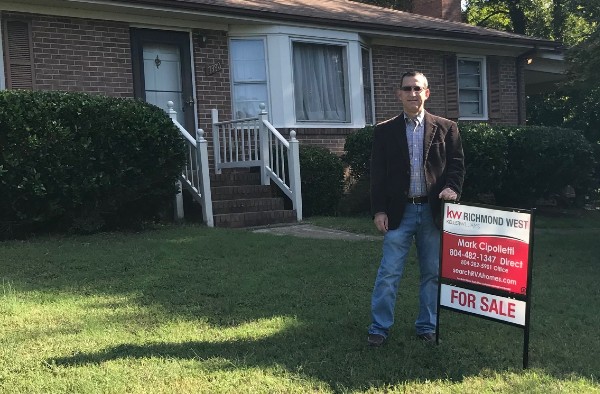 “Mark was such a pleasure to work with, and was very honest and professional.”

In the middle of a global pandemic, she was charged with selling her uncle’s house of over four decades. As his health started to decline in recent years, so did upkeep to his Mechanicsville home. He knew it was time to move to an assisted-living community.

The three-bedroom brick rancher, Debbie notes, is in a great neighborhood and looks nice from the street. “But the inside,” she said, “was a mess.”

She didn’t know the first thing about selling a home. She was referred to Mark Cipolletti by his colleague, Christina Hall — who happens to be Debbie’s daughter.

On their first meeting Mark immediately quashed concerns, taking over the complicated paperwork, listing requirements, and marketing strategy of the property. Debbie and others spent the better part of a month clearing out the home to prepare for sale. Empty but for appliances, the house went on the market in late September “as-is” — needing some obvious work on the floors, walls, and various unseen unknowns.

It sold 24 hours later after receiving eight offers. To finalize the deal, Debbie visited her uncle in his new assisted living apartment while Mark waited outside due to COVID-restrictions at the community. They were about to sign the papers when Mark called from the parking lot: another offer had come in. While it wasn't the most attractive offer for Debbie's uncle, it did increase the ultimate purchase price for the home due to an escalation clause in the winning bid. The home ultimately sold for $11,000 over asking price.

“Mark was such a pleasure to work with, and was very honest and professional. He handled everything, guided us on what we needed to do, and kept us in the loop on the entire process,” Debbie says. “I would recommend him to anyone.”

Mark is ready to help you with your home sale or purchase. Schedule a Zoom call to get things started. https://calendly.com/kwmarkcipolletti/zoom 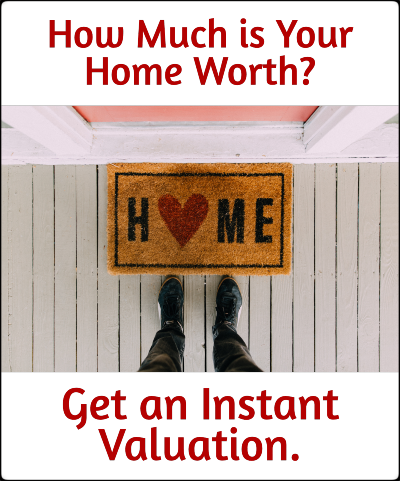